[align=left]
A friend is sweet when its new, but it is sweeter when its true
***
They may forget what you said, but they will never forget how you made them
No time like the present

[align=left]Success is not permanent,
Failure is not final,
so never stop working after success
and never stop trying after
No time like the present


The quality of a person's life is in direct proportion to their commitment to excellence,regardless of their chosen field of endeavor
No time like the present

George Eliot (1819-80) A supreme love, a motive that gives a sublime rhythm to a woman’s life, and exalts habit into partnership with the soul’s highest needs, is not to be had where and how she wills.

John Updike (b. 1932) An affair wants to spill, to share its glory with the world. No act is so private it does not seek applause.

Isadora Duncan (1878-1927) Art is not necessary at all. All that is necessary to make this world a better place to live in is to love—to love as Christ loved, as Buddha loved.

Erica Jong (b. 1942) Do you want me to tell you something really subversive? Love is everything it’s c r 4c k up to be. That’s why people are so cynical about it. … It really is worth fighting for, being brave for, risking everything for. And the trouble is, if you don’t risk anything, you risk even more.

Helen Rowland (1875-1950) Falling in love consists merely in uncorking the imagination and bottling the common-sense.

Andy Warhol (1928-87) Fantasy love is much better than reality love. Never doing it is very exciting. The most exciting attractions are between two opposites that never meet.

Francis Bacon (1561-1626) For a crowd is not company; and faces are but a gallery of pictures; and talk but a tinkling cymbal, where there is no love.

Miguel de Unamuno (1864-1936) For it is the suffering flesh, it is suffering, it is death, that lovers perpetuate upon the earth. Love is at once the brother, son, and father of death, which is its sister, mother, and daughter. And thus it is that in the depth of love there is a depth of eternal despair, out of which springs hope and consolation.

Virginia Woolf (1882-1941) For love … has two faces; one white, the other black; two bodies; one smooth, the other hairy. It has two hands, two feet, two tails, two, indeed, of every member and each one is the exact opposite of the other. Yet, so strictly are they joined together that you cannot separate them.

George Eliot (1819-80) For what is love itself, for the one we love best?—an enfolding of immeasurable cares which yet are better than any joys outside our love.

Anna Magnani (1918-73) Great passions, my dear, don’t exist: they’re liars’ fantasies. What do exist are little loves that may last for a short or a longer while.
اي که مرا خوانده اي راه نشانم بده..!
بالا

[align=left]You have powers you never dreamed of. You can do things you never thought you could do. There are no limitations in what you can do except the limitations of your own
No time like the present

[align=left]A man is not completely born until he is dead.
- Benjamin Franklin

What we commonly call death does not destroy the body,
it only causes a separation of spirit and body.
- Brigham Young

Death is the most beautiful adventure in life.
- Charles Frohman

For death is no more than a turning of us over from time to eternity.
- William Penn
No time like the present

[align=left]Life is not measured by the number of breaths we take, but by the moments that take our breath away

You are special. Don't ever forget it! Never let yesterday's disappointments overshadow tomorrow's
No time like the present 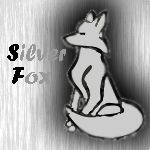