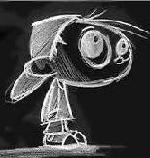 The first aircraft, presumably the earliest, looks pretty much like an F-5E and even the twin fins have a "tacked-on"

[align=left]But the second aircraft, while similar in planform, has a number of differences including enlarged and reshaped

[align=left]The first aircraft's inlets are F-5 sized and shaped. The second one (right) has rectangular inlets that appear larger, and the wing leading-edge root extensions are slightly

[align=left]The base of the fin also has a more faired-in appearance, so the second aircraft could be the production version The reason for the inlet redesign is not clear as the nozzles of both aircraft look similar, suggesting the engines have not

[align=left]But maybe there is a bigger engine in the pipeline, making for a higher performing aircraft Which might explain why they would spoil the classic lines of the F-5 by doubling up on
يا علي گفتيم و عشق آغاز شد..
بالا