, real name Abu al-Qasim Firdawsi (940?-c. 1020?AD), Persian poet, who has been called the Homer of Persia. Firdawsi was born near Tūn in Khursan and he married at the age of 28. About eight years later he began the work for which he is most famous, the great epic poem Shah nameh (Book of Kings). The poem is based on a work by Persian poet Daqiqi, who died about 980. Firdawsi spent 35 years writing the epic and completed it in 1010, when he was about 70 years old.
Shah nameh contains 60,000 rhyming couplets, making it more than seven times the length of Homer's Iliad. The poem deals first with the legendary Persian kings: Gayumart; Hoshang; Tahmuras; and the most famous of the group, Jamshid, who reigned for 500 years. Following this happy period came the evil rule of the Arab Dahhák, or Zohak, who was tempted by Ahriman, his own ancestor. As a result, Dahhák fell into sin, becoming more and more evil until Kavah, a smith, rebelled and established his leather apron as the banner of revolt. Finally, the tyrant was bound and confined beneath Mount Damāvand. Soon after this point in the poem, an episode of considerable beauty is inserted; it recounts the love of Zal, of the royal line of Persia, and Rudabah, the daughter of the king of Kābul. Their union resulted in the birth of the hero Rustam, who occupies a position in Iranian legend somewhat analogous to that of Hercules in Greek and Latin literature. The epic progresses through Persian legend to historic times, tracing the reigns of the Sassanian kings down to the Muslim conquest and the death of Yazdegerd III in 651. The work supplements the accounts of the early history of Persia that are given in the old Persian cuneiform inscriptions and the prayer book Avesta. In addition to his poetic incentive, Firdawsi had a distinctly patriotic motive in writing the Shah nameh. He desired to keep alive in the hearts of his people the faith of their ancestors and the glories of their deeds so that the Persians would not forget their heritage.
The epic contains an introductory eulogy of Sultan Mahmud of Ghaznī, to whom the work is dedicated. Firdawsi went to Mahmud's court to present his work as a tribute and was awarded the sum of 20,000 dirhams. The amount was less than he had been led to expect, and the disappointed poet took his revenge by writing a bitter satire on Mahmud, which he sent to the sultan as a substitute for his former eulogy. Firdawsi then fled to Herāt, and from there to Tabaristan, where the reigning prince protected him. He later settled in Baghdād, where he composed an epic of 9000 couplets, Yüsuf and Zuleikha. The work is an Arabic version of the biblical story of Joseph and Potiphar's wife. In his old age Firdawsi retired to his native town near Tūn, where, according to legend, he received Mahmud's forgiveness just before his death. The Shah nameh is perhaps best known to English readers through Sohrab and Rustum, a poem by English poet Matthew Arnold that is based on the Persian epic.
om
How to cite this article:
"Firdawsi." Microsoft® Student 2008 [DVD]. Redmond, WA: Microsoft Corporation, 2007.
Microsoft ® Encarta ® 2008. © 1993-2007 Microsoft Corporation. All rights reserved.
مدیر رسانه‌های اجتماعی | طراح گرافیک | طراح وب[External Link Removed for Guests] | [External Link Removed for Guests] | [External Link Removed for Guests] | [External Link Removed for Guests] | [External Link Removed for Guests]
بالا 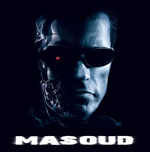