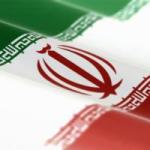 "We Ruled It Is Permissible to Kill 'Alawite Women and Children, but Advised the Free Syrian Army to Warn 'Alawites before Raiding Their Villages".

Following are excerpts from an interview with Syrian cleric Sheikh Muhammad Badi' Moussa, which aired on Al-Hekma TV on March 14, 2012:

Interviewer: "Is it permissible to kill 'Alawites -- their women and their children -- in retaliation for their actions?"

Muhammad Badi' Moussa: "Yes, my brother. We have issued a communiqué to the 'Alawites, in which we gave them a strong warning, which may be the last.

"Our brothers in the Free Syrian Army sent queries to scholars in exile, asking whether they were allowed to raid 'Alawite villages, like the Zahra, Eqrima, and Nuzha suburbs of Homs. [...]

"All the scholars said: Have a little patience. They must be warned first. We don't want a civil, sectarian war to rage in Syria. [...]

"[The 'Alawites] know that they are a minority in our country, and that all the sects hate them and want to get rid of them. It is not in their best interest to follow the regime." [...]
Please Login or Register to see this code